Been a long time

Hello All,
Wow it has been a long time since I've been here writing. My tender season came to an end on the 12th of September after a banner year of Commercial fishing We brought in 3 million pounds of all salmon species for the season. It was record poundage for a gill net salmon tender for the company. When I returned home my mom and I went to the state capital of Juneau Alaska to attend the Pioneers of Alaska Convention where all the members from all over the state gathered for the event. It was a really great time had by all that attended. When I returned home I rebuilt a wood deck on the house that was in major disrepair and finished the pole barn that I had started last fall.

My best friend Daren and his family left Hawaii on their sailboat in August and landed in Kodiak in mid September after getting there butt kicked a few times due to fall gales popular this time of year. They managed to get the boat to Homer and just last week I helped him get it to his home in Cordova. It was no small feat to be in the Gulf of Alaska in November but with patience and a good weather forecast we got there with no issues. It took us 52 hours to make the trip going day and night while the weather was good. I just returned from Cordova a few days ago after spending some time with him and his family.

Now that I am back I have a few personal things I need to deal with like selling some of my audio gear that I had at my house before I left. Some of these things I will never use again so I need to get them out of moms basement. Outside of that , all is well here and my family is doing great. I am planning a trip to Washington in a few weeks to see my cousins. I haven't seen them since i was there on the boat in 2009 so will be nice to visit and catch up.

So far I don't have any plans for the winter but I do have some irons in the fire so I will keep in touch and let you know what I am up to.

P.S I attached a a few pics below of my moms projects 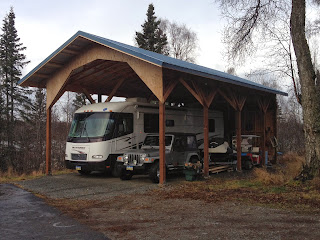 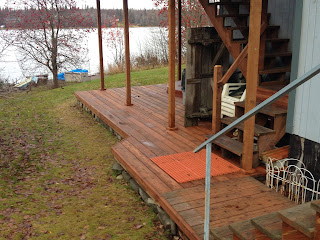