How has everyone been, I know its been a while but since Jon left its been all business at the marina. We just took delivery of 2 new dock systems at our facility to replace 40 year old docks that were falling apart. In order to do that that the old ones have to be moved to make room for new ones and all the boats tied to them have to be moved as well. So we have had our hands full working overtime and 6 days a week for now. The projest should be completed by the first few weeks in November.

In all the busy work I found time to take last Saturday and go to the next Marina over from us , about a 15 minute run and attended the Northern California Westsail Rondevous. I attended one here in 2009 on my tour and had a great time. 9 Westsails showed up for the event so it was a lot of fun to see what everyone else has done to their boats. Saturday morning to afternoon was the time everyone spent boarding other peoples boats and visiting.

Bud Taplin, so called the God Father of Westsail was there visiting as well. He has a parts company in New Port Beach California that services the aging fleet of boats. He worked for Westsail Corp for a spell in the early 1970's He is a hoot to visit with and a wealth of knowledge. He boarded my boat and stayed for an hour just having a nice chat.

Saturday night we had a really nice dinner at the Trade Winds Sailing Club house and we had a few raffle prize give aways and I managed to win 3 different items. I havent been that lucky in a while, maybe I need to try Las Vegas again. I had to work on Sunday so I said my goodbyes after the event and left early Sunday morning.

Sunday I missed out on a Westsail Parade on the bay. A film editor Mike came up from Los Angles to film the parade from a chase boat. It looked like they had very good wind for it. Mike is friends with one of the Westsail owners, Randy and they are working on putting together a documentary film of the history of the company that built the Westsail boats and got so interviews of the owners them selves. They even interviewed me for a few minutes on board Freestyle. Im excited to see how the film comes out. They have a lot of research to do yet so may take a little time.

Thats what I have been doing in a nut shell. I will up load a few pics below and at some piont I will post all my going south travel pics, sorry for the delay.

I will talk to you soon. 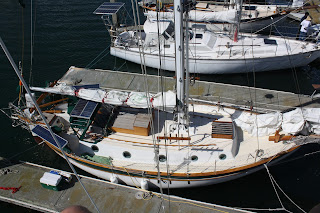 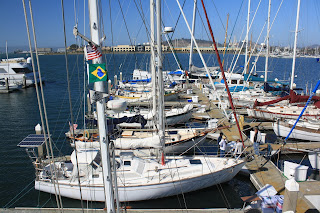 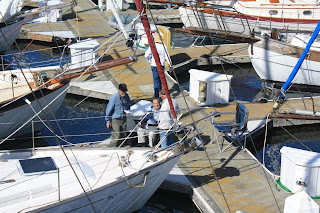 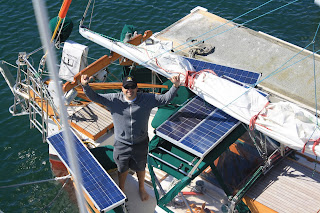 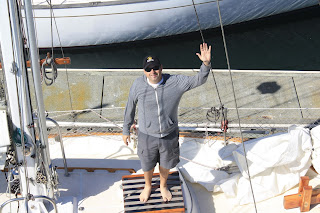 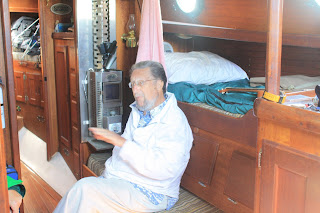